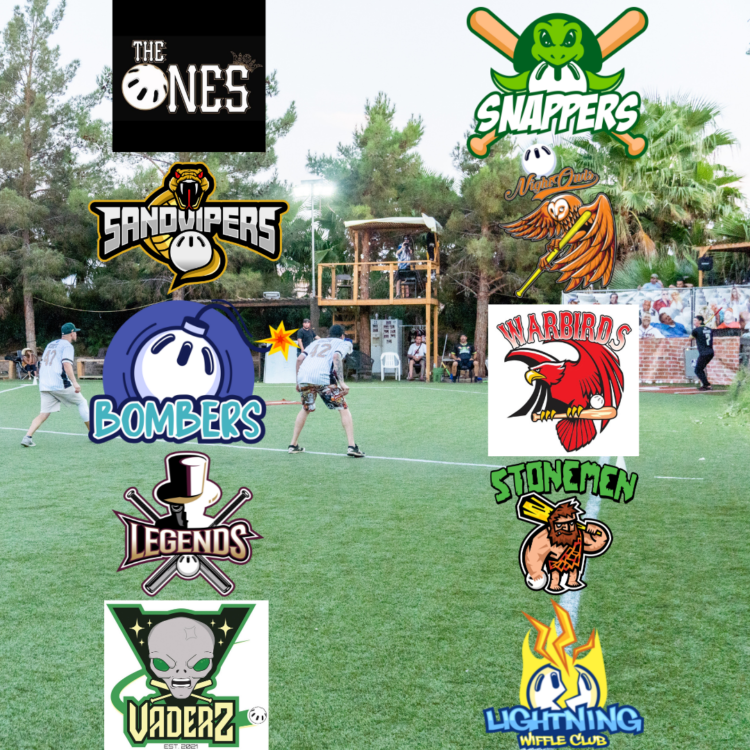 Each Premier League Wiffle® manager submitted their power rankings based on how good they think each team will be on Opening Day of the fall season. With a new team breaking into the league through relegation play, an expansion team being added into the fold, and teams bolstering their rosters through the player draft, this is set to be the best PLW season yet! A first place vote is worth ten points, and a last place vote is worth one point. Here are the results:

The Lightning are led by PLW veteran Chad Phillips from the Legends, and in the expansion draft they acquired Devlin Daniel from the Snappers, Bruce Huson from the Bombers, CJ Peterson from the Night Owls. Phillips also teamed up with the Longballers core trio of Jay Kohler, Shawn Mersiel, and Jayk Purdy. Phillips also picked up Bobo Borzomati and Dave Cabbrera as free agents, and rounded out his roster by drafting Kyle Loman with the sixth overall pick, as well as David Harley with the tenth overall pick. If Phillips can get the most out of his team, the Lightning could find themselves in the playoff mix because they’ve got tons of potential, but if the Lightning don’t figure it out quickly, they’ll find themselves in relegation play.

The Vaderz, managed by Sesaí Alarcon, broke into PLW through the tAAAco League, defeating the Stone Men in relegation play. They’ll face some tougher opponents this season, but they showed off their athleticism and baseball skills during the relegation tournament. Logan Christie appears to be the ace, and the duo of Jerome Byndloss & Kyle Eder should take away their fair share of hits in the field, but the Vaderz will have to lock down a number two pitcher if they want to find themselves in the playoff hunt. Anthony Schlumpf and Gio Battistoni have also shown a lot of potential at the plate, but it remains to be seen how the Vaderz lineup will perform against top level pitching.

The Stone Men were relegated from PLW, but they were given a second life through the expansion to ten teams this fall. After a frustrating 14-27-1 season, manager Levi Lawrence will be looking to lead his team into the playoffs this time around. With a returning core of Austin “Bird” Bull, Jimmy Talamantez, Tyler Willinsky, Nate Stepna, the Stone Men will have a competitive team when they’re all in attendance. Lawrence also drafted Miguel Colon with the seventh overall pick, and Rick Hoffman with the eleventh overall pick. If one of these rookies can make a splash, this could be the season the Stone Men can start to put it together.

The Legends snuck into the playoffs this summer with a 17-25 record. They lost Chad Phillips, and his 72 ⅔ innings pitched, in the expansion draft, but manager Brad Ogden has a strong returning core of Billy Osgood, Jason Stephenson, Nick Sansone, Derrick Corral, Alex Garcia, Tony Garay, and Casey Taravella. The Legends also selected tAAAco League standout Ethan Wigfield with the third overall pick, and James Church with the ninth overall pick. The Legends still have a deep lineup that can put up a lot of runs, but they’ll need to figure out what the rotation will be behind Billy Osgood if they want to find themselves in the playoffs again this season.

The Bombers went through some growing pains this summer, and Alex Carrasco inherited a team with a 6-15 record, only to finish at 11-31. Despite their dismal record, it appeared they were starting to gel together by the end of the season. The Fernandez trio of Max, Mateo, and Alain can be hit or miss, but Brian “Uncle B” Puter has found some consistency on the rubber, and Trevor Bauer has shown flashes of being an elite player on both sides of the ball. Hollis Hale is always a threat at the plate, and the Bombers bolstered their offense by selecting Garret Brandt with the fourth overall pick in the draft. The Bombers appear to have a strong team, but they still have a lot to prove.

The Bombers defeated the Stone Men in the relegation game yet again after a 14-27-1 summer season. Manager Chris Warfield traded for three of the top five draft picks, and selected Justin Hicks, Nate Ruiz, and Dan Pickering with the first, second, and fifth picks respectively. With a returning core of Matt Patrikas, Jim Dodos, KJ Lacroix, Peter Mocabee, Tim Reilly, and Nate Serisky, the Warbirds have the most improved roster of any team going into the fall season. They still need to lock down a pitching rotation, but even without too many games from Peter Mocabee, the Warbirds could be the biggest sleeper team this season.

The Night Owls were defeated by The Ones in the semifinals to end their summer season, but they took the champs to three games despite being short handed. After a 20-22 regular season where they were often shorthanded, the goal for the Night Owls this fall should just be to show up. With a returning core of James Stein, AJ Petrovsky, Brandon Maio, Barry Hutter, Tony Daly, Joe Kuether, and manager Nick DiVella, the Night Owls decided to forego their second round pick after trading away their first round selection. On paper they have arguably the best roster in the league, and if they get their full squad to the field each week they could be the team to beat. There are also rumors of Randy Dalbey playing in some regular season games in addition to the tournament, and if that happens, the Night Owls will be a very scary team (if they aren’t already).

The Sandvipers were defeated by the Snappers in the semifinals for the second season in a row, but this time they were able to avoid being swept. After a 28-14 regular season, manager Adam Tanic decided to forego the draft. With a returning core of Tom Gannon, Buck Burner, TJ Brown, Trench Picone, Jason Walker, Michael Dean, and Alonzo Valencia, the Sandvipers still have a strong team, but Casey Herzog will be missed in the lineup, as he will miss most of, if not all of the fall season, right as his bat caught fire. The Sandvipers have as deep a pitching rotation as any, but they’ll need to have someone step up and take over the ace role if they want to take a step forward and reach the championship series this fall.

The Snappers were unable to win back to back titles, but they made it to the championship series for the second straight season, and finished the regular season with a 30-12 record. Manager Taylor Bryner won back-to-back MVP awards, and Shane Weber was voted Most Improved Player for the summer season. Jonathan Wilson also stepped it up on the rubber, and was named an All-Star for his pitching. With Manny Santillanes, Jesse Capps, and Michael Agwara returning, the Snappers acquired Warbirds slugger Chris Gschwender to upgrade their offense, and they rounded out their roster by selecting Brandon Gregg with the 12th overall pick in the draft. The Snappers have the star power to waltz into the playoffs, but they’ll have to stay hungry if they want another championship.

The Ones are number one. They steamrolled through the regular season with a 33-9 record, and went on to win the PLW championship, winning four straight games after dropping their first playoff matchup to former CY Young winner James Stein and the Night Owls. Manager Scottez Dobbins won the manager of the year award, and has his whole championship roster of CY Young winner Ryan Chen, Gold Glover Adam Koutz, Cody Schmidt, Rookie of the Year Andrew Ledet, Adrian Gutierrez, Justin Spurrier, and Johnny Yepez. The Ones also selected Tyler Appelzoller with the eighth overall pick in the draft. They’ll find themselves in the playoff mix unless there’s a catastrophe, and they should be a contender even if they don’t find ways to improve. The Ones are the team to beat.

Check back in six weeks for the Mid-Season Power Rankings to see which teams have climbed & which teams have fallen, and tune in LIVE on Twitch every Monday, Thursday, Friday, and Saturday to watch these teams battle it out all season! 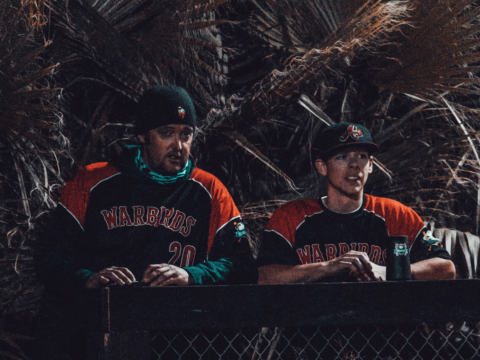 0 857
Sandvipers and Warbirds Back Atop the Standings 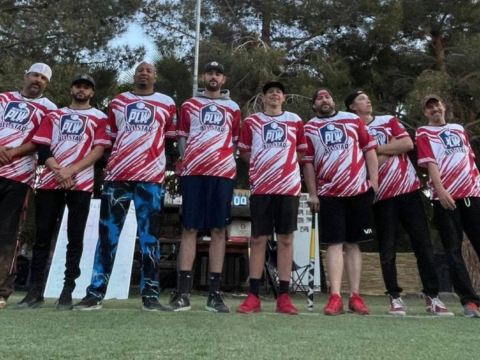 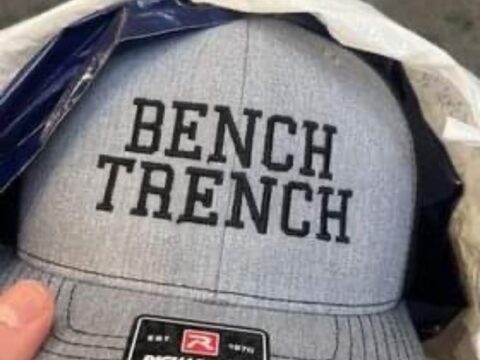 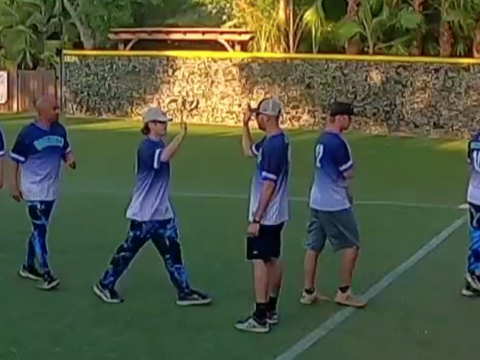