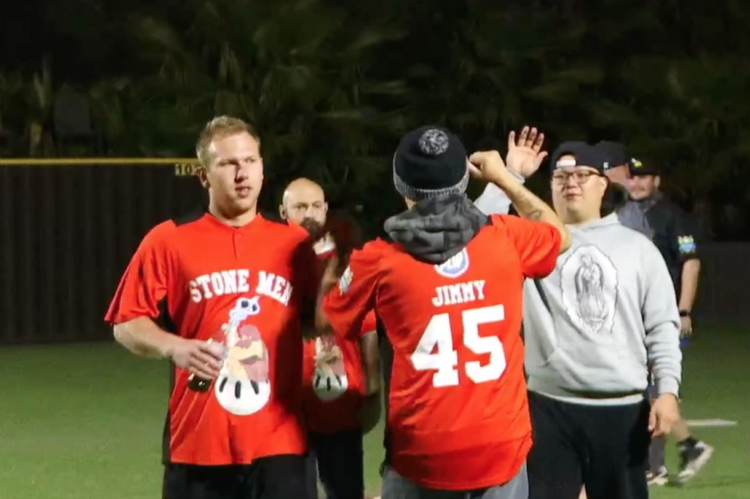 LAS VEGAS, NEVADA – The second half of the season started with a bang. The Bombers played their entire six game season series against the Tomahawks on Saturday, with winds up to 25mph blowing straight out to center field. Only three of the six games would go the full five innings, and game three would end in the top of the second due to the 15-run rule. Scoring 15 runs ends the game even if it’s scored by the away team, and even if they win 15-14 in the top of the fifth. In this case, the Bombers won 16-0, and are the only team to score more than 15 runs because the game ended on a three-run bomb from manager TJ Brown.

The Bombers swept the Tomahawks, winning all six games, and they hit 21 home runs as a team, led by Hollis “Hollywood” Hale (8), Peter “Moc” Mocabee (5), and Brown (4). Moc has now played 12 games this season, so he is eligible for playoffs, and he may be the piece that the Bombers need to be elite. He and ace Brandon Maio were the only two pitchers with an ERA in the single digits in the windy conditions, as the Tomahawks hit 11 home runs themselves, led by Nick Sansone (3), Casey Taravella (3), manager Jason Stephenson (2), and Billy Osgood (2).

The Bombers also played the first series of the night on Monday against the first place Sandvipers, and the wind was a factor yet again. The Sandvipers scored five runs in the top of the first, and the wind carried out home runs hit by Tom “Dr. Winkly” Gannon, and Trench Picone. The doctor was in, as Winkly allowed just three hits all game. All three of those hits came from Brandon Maio, who was a triple shy of the cycle, and put the Bombers on the board with a solo shot in the fourth inning. Maio also allowed just one hit in 3⅓ innings of work, but the Sandvipers would take game one 6-1.

In game two the Bombers jumped out to an early lead thanks to a first inning solo homer from Hollywood, and they pushed an unearned run across in the second, but Adam Tanic answered with an RBI double in the bottom of the inning. Jim Dodos hit a two-run bomb in the third inning that went over everything, clearing the trees in right center field, and giving the Bombers a 4-1 lead. Winkly saved an RBI double from Dodos later in the inning, holding Hollywood at third, and robbed a three-run homer from Maio the very next batter. That shifted the momentum, and the Sandvipers walked Maio out of the game the next inning, scoring six runs, and they would hold on for the 8-5 win.

The second doubleheader on Monday was between the Stone Men and Tomahawks. In game one the Stone Men gave Levi Lawrence the lead before he had to toe the rubber for the first time this season, thanks to a two-run homer off the bat of Jimmy Talamantez. Lawrence gave one of those runs back, but that’s all the Tomahawks would get, as Lawrence struck out 13, and allowed just two hits for the remainder of the game. Talamantez hit another solo shot in the fourth inning to give the Stone Men some insurance, and they would go on to win 4-1.

In game two Lawrence and Dylan Martin split pitching duties, and they shut the Tomahawks out. Lawrence hit a monster three-run home run, his first of the season, and the Stone Men got their first sweep of the season, climbing out of the basement in the standings, and leaving the Tomahawks in last place with a 6-22 record.

The final series of the night was between The Ones and Calicos. Calicos manager Nick DiVella hit a three-run shot off Cody Schmidt after Ones manager Ryan Chen walked out of the game in the top of the first, and those would be the only runs of the game. For the next 4½ innings there were a combined three hits thanks to the pitching efforts of James “FJ” Stein, Alex Carrasco, and Schmidty. The Ones struck out ten times, and couldn’t put a run on the board for the second game in a row.

The next Premier League Wiffle® action will be tonight, Thursday, March 25th. There will be a full slate of games starting with a doubleheader between the Bombers and Stone Men at 4:30pm PDT, followed by Warbirds vs. The Ones at 6pm, then Tomahawks vs. Calicos at 7:30pm, and Snappers vs. Sandvipers at 9pm. Tune in LIVE on Twitch, and stay tuned for the Spring Kick-Off Classic Tournament this weekend, March 27-28! Watch the Home Run Derby on Twitch Friday (tomorrow) night at 7pm PDT. 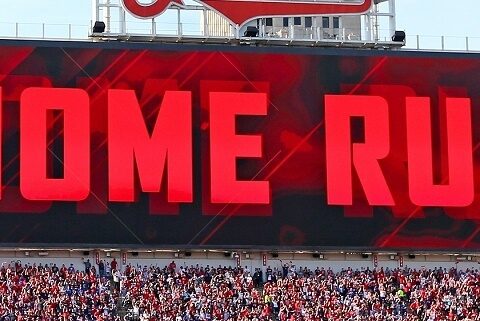 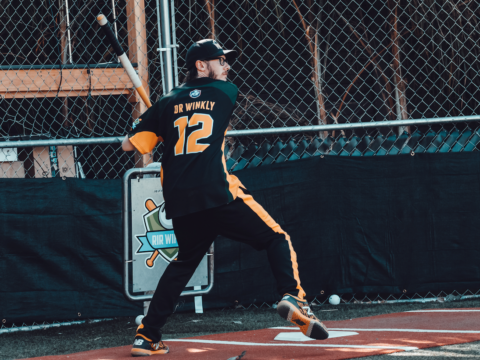 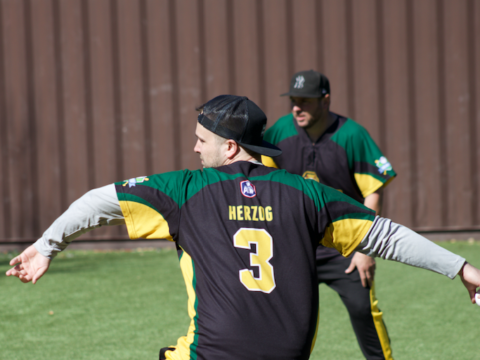 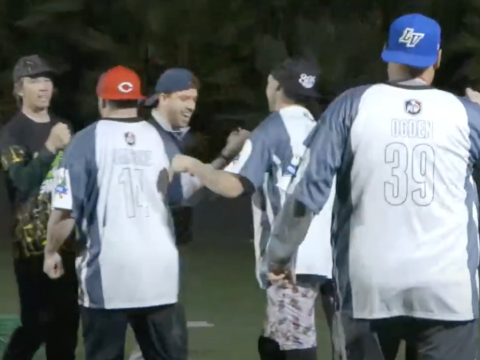